As the Agile approach to managing projects is getting more and more popular, there is a growing confusion about the project manager’s role. What happens to it? With Agile heavily preaching shared leadership and responsibility, is the project manager in such an environment doomed?

Not at all. However, the PMs responsibilities change. Let’s find out how.

Is Тhere a Project Manager in Agile?

Before we answer this question, let’s quickly recap the traditional project manager’s role. In waterfall project management, PMs are responsible for distributing tasks across team members, defining scope in extensive documentation, planning work activities with great detail, updating project status, etc. This is what usually depicts the conventional command and control work environment that I am sure most of you are familiar with.

In contrast, in Agile, the focus is on self-organizing teams, transparency, and shared ownership of the work process, as well as increased team collaboration. Having said that, if we also take a look at the Agile manifesto and its values and principles, we may quickly conclude that the project manager role becomes redundant. However, is this really the case? Let me explain.

There is a widespread confusion that when moving to Agile, project managers often should take up the role of a Scrum Master (if you are adopting Scrum). Even in Kanban, where there are no prescribed roles, many teams still choose to have a Service Delivery Manager and call them an Agile or Lean project manager. The thing is that those roles predominantly focus on the team level. In contrast, the project manager in Agile has allegiance to the higher, organizational level too.

I believe that the confusion comes from the various interpretations of the project manager’s role, and it’s pretty much a question of complexity and scale. Especially if your organization is handling multiple projects, then the project managers are absolutely vital even in an Agile environment. They will act as coordinators and anchors between high-level requirements and work execution on the team-level.

Having said that, we can conclude that there is a project manager in Agile, and that role differs from the responsibilities of Service Delivery Managers or Scrum Masters. However, project managers in Agile abandon the old command and control approach and put more focus on collaboration, agility, and adaptability.

What Happens to the PM Role in Agile?

In an Agile environment, the responsibilities of traditional project managers change. Instead of controlling the playing field from a high-level position, they practice horizontal management and constantly seek both internal and external feedback. This way, they are able to successfully react to emerging changes or issues in a timely manner.

One aspect where the role of the project manager evolves the most is planning. Perhaps you’ve heard the myth that in Agile, there is no planning? In fact, it’s precisely the opposite. In Agile, teams plan more on average. However, that happens on multiple levels, which is known as roller-wave planning.

Instead of creating detailed plans and listing them on Gantt Charts, Agile PMs engage in collaborative discussions to determine only the high-level details based on what is known now. Those plans are then broken down on smaller chunks and progressively elaborated by the teams in the course of the projects. In Kanbanize, for example, we apply that technique in practice by introducing interconnected Kanban boards, as seen from the image below. This allows the PM to see how work is progressing in real-time, be more flexible, and apply any changes to the plans if necessary.

Another aspect where the role of the project manager changes in an Agile environment lies within their collaboration with stakeholders. As already mentioned above, Agile PMs connect the dots between high-level requirements and the day-to-day execution of the work on lower levels. They are responsible for setting up the vision of the projects, maintaining transparency, and creating a shared understanding of what “Done” looks like.

This happens through constant collaboration with teams and project sponsors or customers. Here, the application of interconnected Kanban boards comes in handy again. They turn into information radiators, communicating issues as well as completed and remaining work with all related parties. Furthermore, Agile project managers can use them to visualize any existing dependencies between teams and then manage flow over them.

To conclude this section, it’s important to note that PMs in Agile turn into top-leaders that lead by example and empower their teams, rather than traditional managers that control them and lay blame once something goes wrong. Management doesn’t cease to exist, though. However, it takes a different form and focuses on managing the work, instead of people.

The idea is to take a systems view approach over your processes and look to optimize value streams rather than individual performance. This will contribute to a smoother flow of work alongside the entire project lifecycle and, thus, successful delivery to the end-customer.

Turning into a project manager in Agile is easier said than done. There are many organizations where Agile frameworks are in place. However, project managers still act in the way they are used to. That’s why to thrive in an Agile environment, you need to first and foremost embrace the Agile mindset.

In fact, this is probably the most crucial step of all. To be successful in an Agile environment, PMs need to be more proactive and start putting in practice the Agile principles and values. Most of their time will be spent communicating and coordinating, so skills such as emotional intelligence and active listening would come very much in handy too.

Practicing situational leadership is another thing that separates Agile project managers from the traditional ones. Being able to adapt your leadership approach in different situations, resolve conflicts, and align individuals with project goals will help you build high-performing teams that exceed customer expectations all the time.

No matter what, project managers have their place in Agile. However, their role evolves in the form of project leaders rather than just managers. To become a successful PM in Agile, make sure that you embrace the Agile mindset first. Then focus your efforts on leading by example, empowering your team, and managing the work, not the people. 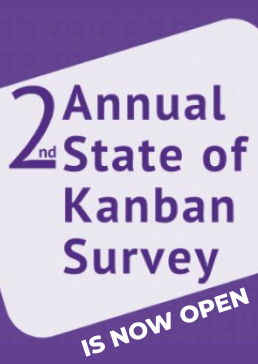