A Flowchart is a type of diagram used to represent a process or a workflow. Process flowcharts are visual representations of a step-by-step approach to arriving at a certain business outcome or solution to a given task. To illustrate the entire algorithmic process, the diagram employs various shapes and boxes describing attributes such as inputs/outputs, decisions, and comments, connected with a flowline showing the operation’s progress.

The diagrammatic model helps break down and analyze a given problem and document the required steps for its resolution. You can also use the diagram to design a proposed solution or manage your business process. The tool is successfully applied to various domains for mapping and documenting processes, programs, or solutions. By visualizing all the steps, flowchart diagrams bring more understanding into processes, help identify bottlenecks, and support continuous improvement.

An issue as simple as a non-working monitor can be illustrated using the flowchart diagram.

Flowcharts are ideal for representing simple processes or programs. As such, they may not be apt to illustrate the most complex processes whose depiction may be overwhelming to the audience. To overcome this challenge, you need to group steps where possible and strive to simplify the diagram itself. Consecutive changing of the process steps can easily render a flowchart diagram void, and you might need to re-do it from scratch.

What Is the History of the Flowchart?

The flow process chart was the first approach to documenting the sequence of steps in a process. The Flow process chart model was first introduced by Frank and Lillian Gilbreth in 1921 in a presentation to the American Society of Mechanical Engineers (ASME). The model was initially adopted by the industrial engineering domain, although in the early 1930s, it was trained to business people as well. Pioneer in spreading the word outside the industrial field is Allan Mogensen, followed by his graduates Art Spinanger and Ben Graham. In 1947 ASME created their ASME Standard: Operation and Flow Process Charts based on the original flow process chart.

The flowcharts have also been used to describe computer programs until the 1970s when programming languages became a powerful alternative for documenting computer algorithms. Flowchart diagrams are still used today in the field. Techniques such as UML activity diagrams or Drakon-charts are considered to have originated from the flow process charts.

What Is the Purpose of a Flowchart?

The purpose of flowcharts is to visually represent a sequence of events in a process and outline who is responsible for each step. Hence, it can be seen as a graphic variant of a “narrative” notepad. Since the main strength of a flowchart is the visual representation, it is important to properly identify all steps and other elements such as the process flow.

Thanks to the simplified view of processes displayed using flowcharts, the model finds a wide application. From describing the creation of prototypes in industrial engineering to developing features in the software field, you can implement the model successfully.

The important aspects of a company or program model may be determined using flowcharts. It may also be utilized to link those critical points together and build connections between operations.

What Are the Types of Flowchart?

1. Document Flowcharts illustrate the existing controls over a document flow through a given system. The flowchart is read from left to right and describes the flow of documents through different business process steps. It helps to improve the visibility and transparency into documenting a process and improves the communication of how a process is done. Document flowcharts are widely used in various domains to document or study complex processes.

2. Data Flowcharts diagrams illustrate the existing controls over the flow of data in a given system. The model helps to analyze a process or a system as it shows how information flows through it. The chart is successfully applied in software engineering, sales, or other business processes.

3. System Flowcharts are a visual representation of all the components in a system, including the inputs and outputs, processes, and decisions. Similar to the data flowcharts, system charts show how data flows through a system with the addition that system charts also include the decisions. The system diagrams employ a range of symbols to show all its building components. They are ideal for measurement and control in the engineering field.

4. Program Flowcharts are graphic representations of the existing controls in a program within a given system. They are helpful to explain how data is processed while writing a program and analyzing the logic behind the code. The charts are applied in software programming to understand how users navigate through an application and further develop its structure based on these observations.

What Are the Benefits of a Flowchart?

The flowchart process analysis tool offers a handful of advantages that help increase the value of each operation or system. You can find a list of the most underlined benefits of flowcharts listed below.

What Are the Disadvantages of a Flowchart?

The process flow charts bear some disadvantages related to changing or reproducing them. Find the most common ones listed below.

What Are the Symbols in a Flowchart?

There are 10 most commonly used symbols in process flowcharts. They’re listed below.

The terminal or terminator flowchart symbol indicates the beginning or end of a process or a program. The oval rectangle normally contains a word or a phrase that signals either the start or end of the process.

The process is represented in a flowchart diagram using a rectangle and indicates a set of operations or any processing function.

A single document or report is represented using a rectangle with a wavy base.

Flowchart decision indicates a conditional state in the process with a minimum of two alternative paths for the program to proceed with. It is represented in a diamond shape.

Flowchart’s on-page connectors or references are represented by small circles labeled with a letter inside. They indicate where the flow makes a jump and continues somewhere else.

Input/Output in flowcharts indicates data entering the process (input) or resulting from it (output). The elements are represented using rhomboid shapes.

The comment or note indicates additional information about a process step. It is represented using an open rectangle with a line connecting it to a given element in the process.

Off-page connector or link in flowcharts is used to indicate a target that is located on another page. The component is represented in the shape of a pentagon.

Flowline indicates the sequence order in a process. In flowcharts, the flowline is represented by an arrow.

A predefined process in flowcharts is used to show a process that is defined somewhere else. A rectangle with vertical edges represents it.

What Are the Examples of Flowchart?

The following flowchart example shows the sequence of events in fixing a non-functioning desktop monitor.

The following flowchart example shows the sequence of events in executing a production line upgrade.

The following flowchart example shows the sequence of events when submitting a vacation request.

What Is Parallel Mode in Flowchart?

Parallel mode or parallel processing in a flowchart is a visual representation of two processes operating simultaneously. The parallel mode in flowcharts is represented by drawing two horizontal lines at the start and the end of the two processes. The mode allows you to demonstrate synchronization between two operations.

In software engineering, for instance, developing a user story and creating visual design can be easily visualized using a flowchart diagram to indicate the synchronous execution of the two processes. Another practical use of parallel processing is to show how several issues are being solved simultaneously.

What Are the Tools for Making Flowchart?

The best tools for flowchart creation offer a wide choice of templates, shapes, objects, capabilities to export the charts in various file formats, import data from other sources, etc. Find a list of some of the most prominent flowchart creation platforms.

What Is the Difference Between Process Mapping and Flowcharts?

The main differences distinguishing process mapping from flowchart diagrams are related to their roles – while the former is the process of describing a business operation in its entirety, the latter provides the visualization means to describe the operation model. The drawing itself is helpful to visually represent a process to upper management, highlight improvement opportunities, contribute to the global business goals, or analyze specific issues. At the same time, both aim at boosting organizations’ efficiency. While process mapping comprises the entire business operation, flowcharts focus on improving efficiency by complementing it with a comprehensive visualization. 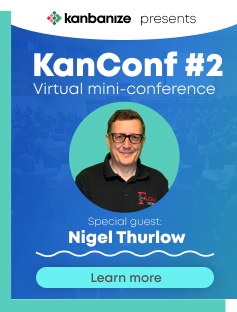