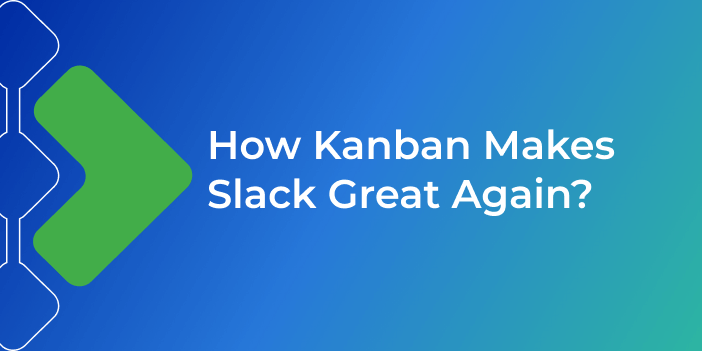 Without a doubt, Slack is one of these apps that turned into a favorite tool for many companies worldwide. In the first year after its launch, the number of Slack’s daily users has surpassed 500 000 and more than 60 000 teams are using it worldwide.

Why? Because Slack brings agility to many teams and everyone loves it. But what does it do to our productivity? Does it always go up, as many would claim, or does it sometimes plummet? I started asking myself this question when I joined Kanbanize – a company working on one of the leading Kanban tools on the market.

It must have been my second or third day at the company when I used Slack to request something from a colleague. I guess I’ve asked for clarification or something of that sort.

I was quite surprised when, instead of providing the clarification I needed, the colleague asked me to submit my clarification request as a comment on a card that we were tracking on the team Kanban board. A bit later, I realized that requesting work over Slack was not accepted well at Kanbanize and that triggered my curiosity to learn more about the root cause.

The Talk With the CEO

As it was the CEO who had asked everyone not to request work over Slack, I decided to just go ahead and ask him about his motives. I thought he wanted to track everything in Kanbanize because he was the CEO and wanted to lead by example. However, what he said was a bit different:

“Slack is a great tool for given contexts and a lousy one for others. If you need to distribute information across different channels and get people’s attention fast, Slack is your best friend. However, if you want to optimize your team for productivity and flow (meaning that you need to produce as much of X as possible), then using Slack might be a terrible idea. The problem is that nobody gets the difference.”

I happened to be one of those who “didn’t get it”, so I searched for more information on the topic. Reading through a bunch of Slack user reviews, it became evident that our CEO could be right.

“With you (Slack) in my life, I’ve received exponentially more messages than I ever have before. And while it’s been awesome to have such a connection with you, it has been absolutely brutal on my productivity.”

The founder and CEO of AGORA.co Elsa Sze says:

“Slack is like a jungle!…it’s synchronous nature has made the content virtually impossible to consume in an asynchronous way.”

Samuel and Elsa are just two of the many people who expressed their frustration with Slack. This comes as an alert that it is being misused in various contexts, that it was never meant to fit in, and this makes a lot of people miserable.

Lean and Kanban Save the Day (the Science Behind Optimal Communication)

Joining the Kanbanize team has been a challenge. During my initial company training, I had to learn a lot about Lean and Kanban, before they let me do some real work. Not an easy task, but quite rewarding. Looking through my “new Kanban eyes”, I started to understand why Slack alone was not sufficient for optimal team collaboration. There are three main areas, where it falls short.

Too Much Work in Progress 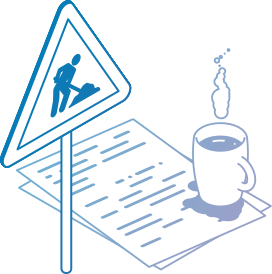 Slack is really easy to use. This tempts colleagues to request small tasks of each other because it happens much faster. However, after a while, these small tasks turn into a long tail of work in progress. This is how team members start to overload themselves with tons of work, which can (and will) have a negative impact on their productivity.

As a practical implementation of the Lean principles, the Kanban method is very sensible when it comes to work in progress. A main practice of the Kanban method states that work in progress should be limited in order to avoid multi-tasking and long cycle times. Unfortunately, this is a place where Slack cracks, because we cannot limit the amount of work that’s being requested from us over IM. 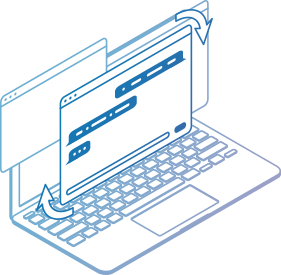 Most people like getting messages. After all, we are human and as such, we are social creatures. However, as humans, we also have limited brain power, which doesn’t allow us to concentrate instantly. Studies show that achieving flow (a state of maximum concentration) sometimes takes as much as forty minutes.

You must have been there. The deadline is close, there’s a lot of work to be done, you try hard to concentrate on a real nasty problem. It’s minute 39, you’re almost there! Then someone IMs you “Hi, do you have a sec?”. BAM, 39 minutes gone. If that happens more than once a day, you are most likely going to work on the nasty problem at home after everyone is asleep. Not to mention how irritated people can be if colleagues constantly distract them from their main task.

One of the lean principles says that we should establish a PULL system that only produces what our customers want. For example, many automobile manufacturers only build cars if there’s an actual order from a customer and if there’s enough free capacity in the factory.

Let’s compare this to our Slack scenario. You are at minute 39, almost there to achieve flow. Would you say you have the capacity to get a new order? Well, unless you somehow can work on two things at the same time, you can’t take the new order without canceling the current one. However, the sender of the message doesn’t really care about your capacity and clicks on “SEND”. Most of the time, this results in someone being interrupted, which is a form of waste in the Lean world.

So, What Do We Do About It?

The solution that I have in mind is best described as a “Publish – Subscribe Pattern”.

“In software architecture, publish–subscribe is a messaging pattern where senders of messages, called publishers, do not program the messages to be sent directly to specific receivers, called subscribers, but instead characterize published messages into classes without knowledge of which subscribers, if any, there may be. Similarly, subscribers express interest in one or more classes and only receive messages that are of interest, without knowledge of which publishers, if any, there are.”

If you are not into programming, you may think of Pub – Sub as a Job Board. If you need somebody to mow your lawn, you don’t usually go around asking people whether they want to do it. You post a job (publisher) and the people who are interested will give you a call (subscribers). 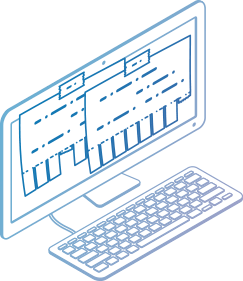 I believe that the key to efficient and effective team communication is implementing the Pub – Sub pattern, where a Kanban board is the central location that we visualize and subscribe to and Slack is an auxiliary tool that enables real-time collaboration, when necessary.

* Why visual boards are so important?
As Dr. Thoralf Sundt said once “If I can see it, I can fix it.”

Many teams already use Kanban boards to visualize their work. We just need to take it to the next level by following a couple of simple rules:

The Benefits of Using Slack with Kanban

First, if we have all tasks represented by Kanban cards on our board, there’s no need to ask questions such as “What are you working on?”, “Do you have any issues?”, “What’s the status of X?” and so on. The information is published to the Kanban board and everyone who’s interested goes there and check it. There is no need to say that this eliminates a lot of the redundant communication from our process.

These are just a few simple rules that everyone can follow, but it is amazing what they can do for you. Try running your teams like that for a week and you will see for yourself that Slack will feel great again.

What Is the Bottom Line?

Slack is a great tool, but it has to be used for what it was made – instant communication. It sure brings flexibility to project teams, but at the same time, it can harm efficiency and productivity.

Teams need to realize that Slack is not a project management tool. When it comes to project management, there are much more suitable solutions such as Kanban and Kanban boards in particular, which can eliminate the loss of information, create a smooth workflow and reveal the full capacity of a team.

And just for the record, we talk a lot about Slack, because we at Kanbanize have been using it for almost two years now. However, the article is generally true for Skype, Teams and virtually any other real-time messaging service.