Am I actionable or motionable?

I visit many Lean blogs, but there is an article by James Clear I read some time ago which really helped me understand what to focus on, and also gave me the answer to why I always have so many things to do but, in the end, it seems like I haven’t done anything.

What he does is compare Motion vs. Action and to investigate the relation between them. The article itself came out under the name “The Mistake Smart People Make: Being in Motion vs. Taking Action“ on Lifehacker.

Here is the Comparison of Motion vs. Action:

“Motion is when you’re busy doing something, but that task will never produce an outcome by itself. Action, on the other hand, is the type of behavior that will get you a result.“

This way of thinking became a foundation for improving my efficiency. What the concept does is to give you a really great framework to help you stay focused on the things that create value and recognize the ones which don’t. Simple examples which explain the concept and give you an idea of how motion looks compared to action are:

Although it may seem that being in motion is bad, there are times when you just need to do it in order to ensure that you bring value to a higher level. For instance, in order to make better and more informed decisions, we have to do some research before committing to executing a given project. In the context of what we have discussed before this is a motion, but this kind of motion brings value, even though it transforms indirectly to the value of the decision we have made.

The Lean methodology describes this as “necessary waste” – the wasteful activities we do in order to ensure value. On the other side of “necessary waste” stands the so-called “pure waste”. It can be described by all wasteful actions which do not bring any value or help us bring such. A really good example of “pure waste” would be a canceled project.

The company has invested time and resources in order to bring a given product (value) to the customer but in the process, they decide that a particular product is no longer needed. The time and money spent on it are gone forever and the company generates loss (“pure“ waste).

At first, this may seem a little confusing: you need to eliminate motion and do only actionable things but sometimes in order to make sure you are doing the right action you have to do some motion before that – but don’t worry it comes naturally after you practice for a while. As we know, the truth is always somewhere in the middle, so the best way to take advantage of this is not to eliminate motion but to minimize it.

I’m really passionate about personal productivity and efficiency and as this is a great framework to help you better understand how to spend your time, it is not a silver bullet. I’ve always considered the best methods to be the ones that give you guidelines rather than strict steps to follow because you can always customize them to better suit you and this is the case here. 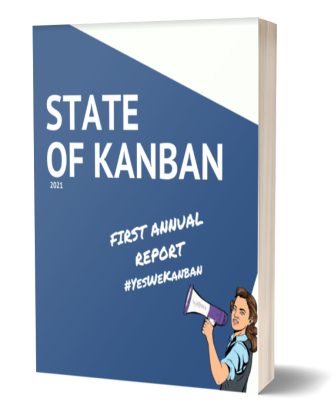 Learn more. Get a free copy.