The reality of modern business requires companies to be not just effective but also efficient in everything they undertake. Reaching optimal efficiency in any process is difficult, and among the main reasons for this is the habit of multitasking.

Understanding why it drags down productivity and finding a way to get rid of multitasking altogether will enable organizations to achieve greater efficiency without investing a fortune in additional personnel.

In some professional environments, multi-tasking is commended as a testament to someone’s ability to juggle tasks well and adapt to the needs of the team.

At first glance, this may actually sound logical. After all, we multitask all the time, for example, walking and talking simultaneously. If we can do this, why not write code while reading emails on our smartphones?

Led by this mindset and the illusion that being awfully busy all the time helps them achieve optimal results from their work, many people risk suffering from occupational burnout before being able to achieve any significant results from their efforts.

This could be explained by the fact that a person can only multitask efficiently when simultaneous actions do not require special attention. When any critical thinking is involved, multitasking becomes dangerous.

There are many ways to improve productivity and efficiency, and multitasking is not one of them. The simple truth is that our brains were just not designed to multitask.

They are able to focus on one thing at a time and feeding them with various types of information simultaneously only slows them down. Just as a person can’t look in two different directions at once, they can’t be equally focused on two or more things at a time.

The concept of multitasking is nothing more than a rapid cycle of context switching that occurs in the brain. It makes it more difficult to organize thoughts and filter out irrelevant information, thus reducing the efficiency and quality of the entire work process. In addition, multitasking contributes to the increase in stress levels and drains our energy much faster.

According to a study conducted at the University of London, frequent multitasking actually has the potential to lower a person’s IQ and decrease cognitive capacity by up to 15 points. Multitasking can even cause permanent brain damage because it affects brain density in the anterior cingulate cortex—the region of the brain that is responsible for empathy, as well as cognitive and emotional control.

To see how inefficient multitasking really is, you can try the multitasking game for Agile teams with your colleagues in the office. It takes no more than ten minutes and clearly demonstrates the difference in performance between a person doing one task at a time versus trying to multitask with various tasks at the same time.

Getting rid of the habit of multitasking isn’t easy, especially at the team level, but is well worth the effort in the short and long term

Understanding that multitasking will not get you, your team or your company as a whole anywhere near the goals that you have set is important. It’s the first step towards the even more vital exercise of finding a way to get rid of it.

The habit of multitasking could be compared to tobacco smoking. You know it is bad for you, but it brings some form of satisfaction for a brief period of time.

Both activities result in the boosted synthesis of dopamine to the brain. The hormone creates a sense of reward, motivation, and pleasure in humans. Fighting multitasking on the organizational level is even harder because it is one thing for a single person to quit and a whole other thing for 50, 500, or even 5 000 people to abandon the multitasking mindset.

The key to leaving multitasking in the past lies in the notion of implementing a flow in the way people work. Focusing all of the person’s attention towards completing a single task contributes to a faster flow of thought.

Undoubtedly, everyone has experienced the sensation of getting into a brain flow or, in other words, becoming completely engulfed by the task at hand and forgetting about everything else around us.

If the flow is not interrupted, the person could potentially focus for hours on end and successfully complete significant amounts of work on a single project rather than getting halfway through two projects.

In the 1940s, Toyota was also looking for a way to improve the focus of its employees and increase the efficiency of the production process. The company eventually managed to develop a method that turns the work process into a flow. It bears the name Kanban and 70 years later has rapidly started to gain popularity in industries beyond manufacturing.

What is Kanban and how can it solve the multitasking problem

Kanban is a method that enables organizations to visualize their work processes and aims to increase efficiency and building a sustainable workflow by, among other things, limiting the tasks in progress.

For over half a century, it was used to revolutionize manufacturing and distribution in a large number of markets.

It was modified to respond to the needs of knowledge work teams in 2010 and, since then, has been gaining popularity, making its way into the lives of professionals in the fields of IT, marketing, and others.

The key components of the method are the Kanban board, Kanban cards and Work in Progress (WIP) limits. Combined together, these are formidable weapons against the habit of multitasking.

Visualize each step of your workflow on the Kanban board

Among the key measures that a leader within any organization could take to help their team avoid multitasking is to visualize the path that every task goes through in order to be completed. The Kanban method encourages the use of whiteboards, which are divided into columns, to represent each step of the workflow.

There are three basic sections of every Kanban board – Requested, In Progress, and Done. Each of them can contain as many columns as the team needs in order to map every step of their process as precisely as possible.

In order to illustrate this, let’s look at a sample development board of an RnD team developing a SaaS application:

The process has a total of 19 steps, and each task that the developers take on goes from left to right until it is completed.

Every task that is requested is in progress or has been completed is visualized in the form of a Kanban card. The original method uses post-it notes that contain the task and the assignee responsible for its completion.

One of the most important rules of a Kanban board is that a card always has a single assignee. This way, it is clear who is responsible for what at all times.

Limiting the work in progress on the team’s Kanban board is the third and arguably most important weapon in the method’s arsenal. The WIP limit makes it nearly impossible for the team to multitask (depending on the limits that are applied).

You can put a limit on either a column or apply limits per person.

Limiting the WIP of a column is a great way to prevent bottlenecks from slowing down the whole flow. Limiting WIP on a certain assignee will prevent them from juggling tasks more than is absolutely necessary. 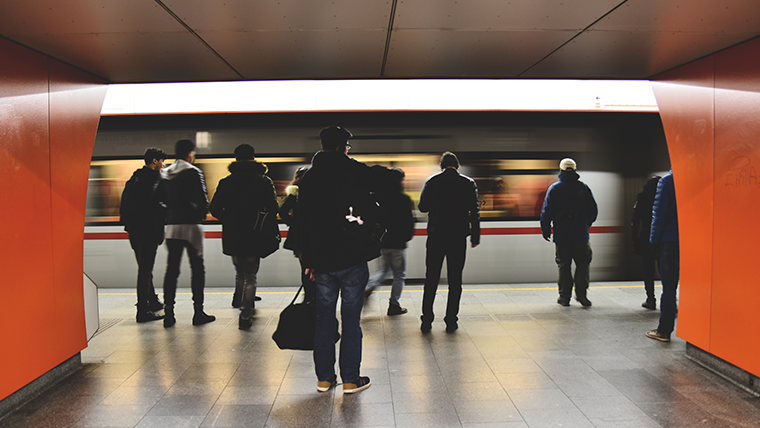 Begin from where you are, start with what you have

Kanban can significantly improve the efficiency of any organization that is struggling to reach its full potential and has identified the need to get rid of its multitasking problem for good.

Unlike many other methods for optimization of the work process, Kanban is easy to implement because radical structural changes are not required in order to adopt it.

The Kanban method does not prescribe a certain setup or procedure and can act as an overlay on top of your current work process to bring issues to light and introduce a positive change over time.

Getting rid of multitasking on a global level is a serious change and, if it is made suddenly, it may very well result in failure. Kanban discourages sweeping changes because they usually lead to resistance. For example, when you start applying WIP limits, it is advised to give the team room to maneuver within them at first and then lower them as the team adapts.

Last but not least, Kanban encourages leadership on all organizational levels. This will undoubtedly bring lots of positive changes within the company. In terms of the multitasking problem, in particular, the culture of Kanban will encourage team members who are having more success in improving their efficiency to show initiative and help struggling members more often. Not only will this relieve the management, but it will effectively boost the confidence and morale of the whole team.

Multitasking is a bad habit that harms productivity and efficiency. In addition, it is bad for mental health and can do some serious damage to any organization in the long run.

The sooner a company manages to get rid of this problem on a global level, the sooner it can enjoy improved results on various levels and generally happier personnel. Kanban can help any company in leaving multitasking in the past for good and effectively reaching its optimal level of team performance.

Learn more. Get a free copy.

Gain Visibility Across All Projects