What Is Andon in Lean Manufacturing?

Find out what Andon is in Lean manufacturing. Learn about its application, types, main benefits, usage, and more.

Andon is a system developed to alert operators about an issue on the production line in Lean manufacturing. Originating from the Toyota Production System (TPS), it is used as a tool to “stop the line” once a product defect is detected. The idea of Andon evolved as a result of the Jidoka concept in Lean, which empowers people to stop the production process themselves once a product issue occurs.

Translated from Japanese, the word “Andon” means a “lantern” or “light”. In a manufacturing setup, this refers to an alert system that notifies operators that a product issue has been detected. The main feature of Andon is a cord positioned above the production line (it can also be a button). Keep reading below to learn about the different types of Andon, the system’s purpose, benefits, and more.

What Are the Types of Andon?

There are two main types of Andon. They are listed below.

The manual type of Andon refers to a cord/rope hanging from the ceiling above the assembly line. When pulled, it creates a signal that a problem has occurred. Ideally, there is a cord positioned at every operational station. This practice increases efficiency and allows operators to understand which is the problematic station quickly.

The signal triggered by a given operator can be in the form of a simple light that appears on a board or an industrial tower over the machine. This alerts manufacturing technicians that there is a problem as the idea is for everybody to stop working until the issue is resolved. Good practice in Lean is for all technicians to swarm around the problematic station and provide their input to the problem. A second pull of the Andon cord authorizes the line to continue.

This type of Andon refers to a system that can automatically sense when there is a problem with a given station. The main difference compared to the manual type of Andon is that there is no human effort involved in alerting the system. Usually, this happens through a built-in logic within the operating machines on a given manufacturing station.

Apart from the automated input to a board, they are also characterized by sending notifications (through SMS messages or other digital notifications) to team leaders or external departments (such as Maintenance). This eliminates the need for a specific technician to alert external parties if the station needs their attention.

What Is the Purpose of Andon?

The primary purpose of Andon is to enable better communication and improve the flow of information between manufacturing operators, team leaders, or external technicians in case a production problem arises.

Furthermore, the concept behind Andon to “stop the line” as soon as a product defect is found, aims to reduce the likelihood of transferring it further down the process. The idea is to catch problems early because it becomes more costly to fix them later in the production cycle, especially in a manufacturing environment.

What Are the Cords of Andon?

The cords of Andon represent different lights that appear on an Andon board. Their purpose is to show the status of a machine on a given station or the nature of the problem that has been found. Most Andon boards utilize the color-coded cords below.

The explanations of the colors of the Andon are described in the following sections.

The green cord of Andon signals that operations are going normal and there are no issues on a single station or across the entire production line. When the lights on the Andon board of an assembly line are all green, the process can continue as there are no impediments.

The yellow Andon cord is a signal that an issue has been detected. However, it’s important to mention that the yellow color is related to a smaller problem that, if not addressed, could turn into a big one. Those types of issues are a common phenomenon in a manufacturing factory. That’s why, to maintain efficiency, they don’t require the entire line to be stopped until they are fixed.

Whenever a yellow light appears on the Andon board or other system, a manager or a team leader should go to the particular workstation and help address the issue promptly.

The red Andon cord represents a signal that alerts everybody that a production problem or defect has been found. It’s common for a yellow light to turn red if a manager hasn’t been able to solve a problem or has determined that a smaller issue is more significant. In this case, the production line stops until the problem is solved. Whenever that happens, all operators swarm around the problematic station and discuss potential solutions.

A good practice is to have a digital Andon board linked to some electronic devices (phones, computers) of technicians from other departments. The idea is to automatically send notifications to relevant specialists who can contribute to solving the problem. This speeds up the entire information flow and helps re-activating the production line on time.

What Are the Benefits of Andon?

The main benefits of Andon are listed below.

What Are the Examples of Applying Andon?

The most prominent example of applying Andon is from the production factories in Toyota. Each car traveling down the production line is accompanied by an indicator light that acts as a signaling system. When an operator works on the vehicle, the system visualizes a blue color, meaning that work hasn’t been done yet. Once the work is completed successfully, the light turns green, which means the car can continue to the next station. However, in the case of Toyota, if a problem arises, the indicator light turns red, which triggers an orange color on the Andon board. If the problem cannot be fixed quickly enough, all systems turn red, stopping the line until a solution is found.

Another example of applying Andon comes from the “Customer Service” division at Amazon, proving that the method can be used outside of manufacturing. Customer service representatives use an automated Andon system once a customer reports that a given product is defective or the item doesn’t match its description, etc. If the issue is recurring, the customer service specialist has the autonomy to “pull the Andon cord” and stop the shipment of the defective product until it is fixed.

How to Use Andon in Lean Manufacturing?

Andon is used by implementing Andon cords on the production line, connected to an Andon board. The board is usually positioned at a central place within the production line and visualizes the status of all manufacturing stations. Once an operator detects a severe product or process issue, they have the autonomy to pull the cord or press an electronic button. This initiates a red light on the station and signals the Andon board where the problematic place within the process is visualized. The idea is for all operators to temporarily stop the production line and engage in collaborative discussions to solve the problem and eliminate its root cause.

Andon is a leading system in Lean management as it enables the Lean principles of build-in quality. Through Andon, companies make no compromise on product quality, even if that means slowing down the entire production for a certain period. At first, this can be counter-productive. However, it ensures higher team efficiency and customer satisfaction in the long term.

The Andon system makes it possible to alert operators about an issue on the production line and empowers people to stop the production process once a product issue occurs. Some of the benefits that Andon brings along are: 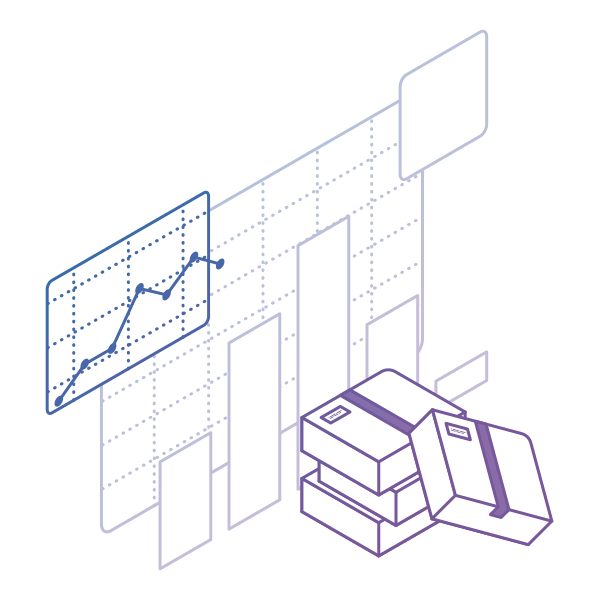