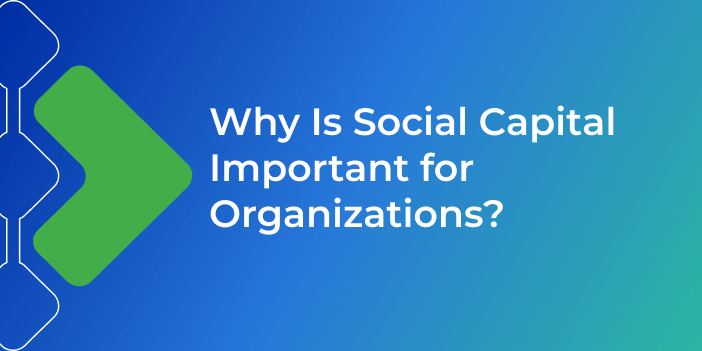 Lack of communication between team members? No cooperation between different departments? Collaboration holes in the organization? Silos within the company?

If you can relate to any of these problems in your office, then your organization probably suffers from a lack of social capital and to fix the problems that come with it, you need to fully understand what is social capital exactly, what role does it play within a business organization and how to efficiently raise it.

Social Capital: The Way To Distribute Trust in Organizations

Capital, in every respect of the word, is an essential part of the development of any organization. There are five basic types of capital that matter the most for any financial structure aiming to make a profit: financial, manufactured, human, natural, and social.

Theoretically speaking, social capital is an economic idea that refers to connections between individuals and entities, that can be economically valuable. They form social networks, which include people who trust and assist each other to achieve a common goal. Simply said, it is the ability of an organization to distribute and leverage trust.

You can look at the organization’s structure as a tribe of a kind. Every member has his role and contributes to the well-being of the whole structure. This way of thinking removes the “I” from the company and focuses on the “We,” as “if I contribute to for the well-being of my colleagues, they will do the same and all of us will benefit from that” and if the company possess huge social capital within this way of thinking comes naturally.

When social connections between team members or co-workers from different departments are strong and numerous, there is more trust, higher information flow, collective action, and happiness. Although there is no way to guarantee that, the combination of all of these factors is likely to result in an increase in revenue for the company because the work processes become better coordinated and effective.

An important part of that trust is reciprocity. It ensures a person, that if he does something for a colleague, that person will not think twice to return that favor later. Reciprocity allows interactions between people to be made without any unnecessary negotiations which slow down the process.

Social capital is important for keeping talented people in an organization. When a new person enters a company, he is initiated into its culture, learns from the others and if the process is completed properly, he starts to recognize himself as part of the whole, then contributes further to the development of the organization.

Seeing that there are reciprocity and knowledge sharing between his colleagues is more likely to give him a reason to stay longer and motivate him to devote his time and skills to their full potential for the good of the company he is in.

One of the most distinctive characteristics of social capital is that it is not depleted by use, but instead, builds on itself alongside the development of organizations. It will begin to deplete if it is not used.

Lack of Social Capital Can Be Easily Spotted

According to Robert Putnam, social capital can be measured by the amount of trust and reciprocity in a community or between individuals.

Observing the behavior of your colleagues from time to time can help you spot if something is wrong. Do they often eat together? Do they engage in team-building activities often, like going out for a drink together after work? And what about cooperation in the office?

Do you hear complaints from team leaders, about colleagues, who do not share information about their work, thereby creating gaps in the flow of their process? Is there teamwork between the departments of your company? The behavior of your colleagues can give you clear indications about the chemistry and trust between the members of the company.

If you see no desire for communication or cooperation between your employees outside of work, there is probably a lack of cooperation in their professional duties as well.

In organizations with low social capital, every collective action needs to be negotiated before it is done, because there is no trust between the people, that their help will be appreciated and they will not get help if needed at some point. Lack of communication and trust may also contribute to the forming of silos in the organization, which divides the people and create unnecessary barriers for the whole company.

How To Raise Social Capital?

In order to raise social capital within the organization, the management has to find a way to boost interaction between the employees. For instance, if there are twenty people, who have similar roles, but are divided into different teams, which work on diverse projects, members may be rotated between the teams.

This will not only boost the social capital within the organization but will give a new point of view to already established working methods in the teams. You can do that even with people doing completely different jobs, which is even more interesting.

Another way is to organize frequent meetings between the different departments of the company. If you operate in different cities or countries, send employees on business trips to your other bases of operation to familiarize them with the work of their colleagues at first hand.

Not only they will see the process for themselves but will deepen their ties with people over there and bring back valuable information to their co-workers when they return to the office.

Sort your event budget into smaller shares and organize team building and workshops as frequently as possible. It does not have to be a fancy public event, just gather your employees together and show them that they are not just robots, who are paid to give you their time and skills, help them feel appreciated and that is part of something meaningful.

For example, we at Kanbanize love workshops and do them once every quarter. The whole team goes somewhere far from the office and spends two days together. Usually, during the first day, we discuss our vision of the company for the future, strategize, share new ideas and innovations between ourselves, then engage in cross-team activities.

The second day is for team-building and everybody is free to give a presentation on a work-related topic, then in the afternoon, we engage in various games. Know your human potential and connect people in the company, who may be useful to each other in their work.

How Does Kanban Support Social Capital?

As social capital within an organization is raised by collaboration and the sharing of information, Kanban presents itself as another great way to visualize the work processes of the different departments and build connections between them.

Having everything that is being done at any given time right in front of you is extremely useful for boosting cooperation between the team members, as well as for cross departmental collaboration. 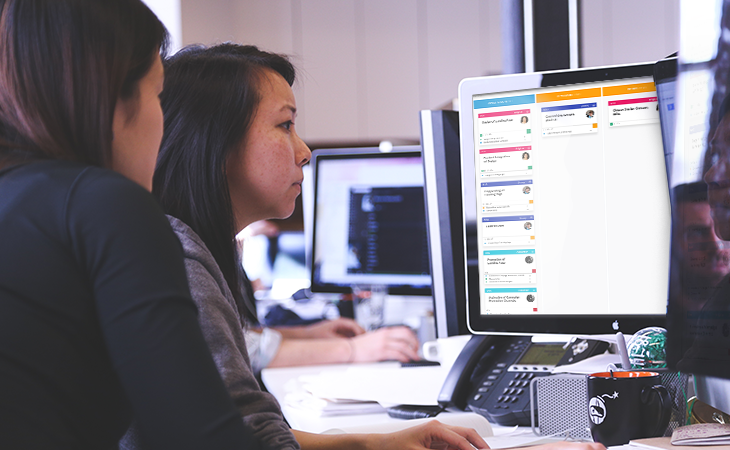 “Lovespace” is one of the companies that adopted Kanban in their daily process management. Every day they help people in the UK store their belongings, which is not an easy task, and if the processes are not organized precisely it would be very easy to lose track of orders.

The leader of the company’s IT department says that “after adopting Kanbanize for use by our development team, it is now being used by all departments as we streamline our processes. The intuitive UI and highly customizable workflows make it a hugely useful tool for us as a growing team and business”.

Building social capital makes it possible to improve collaboration, build trust between different teams and produce continuously improving results for your business. It is crucial to have as much trust and reciprocity as possible within the organization you run or are part of if you want to develop and grow sustainably.

One thought on “Successful Organizations Run on Social Capital”